This is Helderberg’s showpiece, run on a beautiful undulating route through the winelands of Stellenbosch and Somerset West.

The Sportsmans Warehouse Winelands Marathon is run in accordance with the rules of ASA and WPA.

Temporary licenses are available at R70 for the 42.2km and R60 for the 21.1km.
Temporary licensed participants are eligible for age category prizes provided they enter the relevant age group, wear the appropriate age tags and provide proof of age.
Unlicensed runners must wear plain clothes (no advertising permitted). Licensed athletes to wear club colours.

Temporary license holders when registering must complete and hand in the tear off strip from the number in order to be eligible to compete.

Personal seconding is not permitted, except at official refreshment stations. Private vehicles are requested not to follow the athletes on the route.

Each race distance has a different race number range and colour with your data captured electronically. Do not transfer between races without notifying
the race organisers.

Foreign athletes must comply with IAAF rule 4.2 and all relevant race and domestic rules. The athletes must be able to produce the letter from his/her
federation permitting participation on race day.

Refreshments stations will be situated approximately every 3km.

Toilets will be available at the start and finish.

Parking is available at the finish.

There will be tog bag facilities. Bags dropped off at runners’ own risk and must be collected by 13h00 on race day.

Do not litter. Dispose of sachets and cups responsibly by using the boxes provided or carrying them to the finish. Report offenders to the referees. #RunClean.
We are trying to offset our environmental footprint and encourage runners to support the #ICarryMyOwn campaign. We will have water available at every water station for you to refill your cup/bottle but ONLY EVERY 2nd WATER TABLE WILL HAVE SACHETS.
Remember to #RunGreen #RunClean #IcarryMyOwn
Coke and water will be available at the finish.
The use of music players with headphones is not allowed and may result in disqualification.

A 14 % service fee is charged when entering online

Distance For Difference (D4D), is a registered non-profit organisation which, over the last thirteen years, made a significant contribution towards the wellbeing of children, be it through children’s charities or individual children in need.  We use sport to generate funds for distribution to various organisations involved in caring for children. Firstly, we raise funds through individual athletes who find sponsors for every km they run, cycle or swim during a year through training or participating in specific events, e.g. the Comrades Marathon, the Absa Cape Epic, IRONMAN, The Cape Town Cycle Tour, etc. Secondly, we host two fundraising events – the bi-annual Gratitude Run and THE500. Over the past thirteen years, we’ve raised and distributed more than R6 million. Some of our beneficiaries include Kingdom Kids, Little Angels, Sylvia Foster Home, Tzadokah Foster Home, Ubuntu, just to name a few.  We are indeed blessed to bless others.

The fun run is an open event for licensed and unlicensed athletes. Children under 9 years must be accompanied by a parent or guardian. The start will be at 06:30 at Eikestad Primary School. For safety reasons young competitors are requested to start near the back. Entries at R20.00 each are taken on the morning of the run from 05:00. The time limit is 1 hour and all finishers will receive a medal. No dogs allowed.

This is a #CarryMyOwn race. Bring your own reusable water bottle or cup to refill at our water tables en route.

We are trying to offset our environmental footprint and encourage runners to support the #ICarryMyOwn campaign. We will have water available at every
water station for you to refill your cup/bottle but ONLY EVERY 2nd WATER TABLE WILL HAVE SACHETS.

Parking is provided for 1200 vehicles at various venues in close proximity to the race venue. Security officials are on hand, and endeavour to keep the vehicles as safe as possible. However, runners making use of these parking facilities must ensure that they do not leave any valuable items or personal belongings in their vehicles. Parking marshals are on hand to direct race participants to these parking venues. Please obey and respect these parking marshals. Their assistance is invaluable in ensuring that all participants arrive at the race venue on time. Runners are requested to provide adequate time en route to the race to ensure that they arrive on time for the start of the event. Please note that the owners of vehicles that park illegally, will be held liable by the local Traffic Officials.

The use of compression garments has been fairly popular amongst marathon and ultra-marathon runners over the last few years, but not much research has been done to determine whether this practise is beneficial or not. Recently, a Masters student in the UCT Division of Exercise Science & Sports Medicine and Physiotherapy, conducted a detailed study as to the effectiveness of lower limb compression (compression socks) in runners participating in the Old Mutual Two Oceans Marathon. In this study, no differences were observed in performance between those runners who wore compression socks, compared to those who did not. This was true for overall race time, as well as when comparing the last 14km to each runners’ first 42km ie compression socks did not help in the last 14km, either. There were also no differences reported in fatigue, either during the race, immediately on completion, or on post-race recovery. These findings were supported by sophisticated imaging techniques of the muscle that were performed prior to and after the race, which also showed no differences. However, the calf muscle, which is the muscle that will be affected by compression socks, is not the muscle in which most runners experience most fatigue and post-race soreness. It is the quadriceps (thigh) muscle in which the majority of runners experience soreness and fatigue. We are therefore  conducting further research work on compression garments, specifically compression of the thigh. The organisers of the Winelands Marathon have kindly agreed to assist with our research by alerting runners entering the race of the study so that they may contact the researchers if interested in participating, and have offered to make an area available at the finish to conduct some basic post-race measurements. These measurements will not take much time and are not “invasive”.

Runners who are interested in taking part in the research will be assigned to one of two groups: One who will run the race wearing upper limb compression shorts, and one who will run without compression. However, both groups will be supplied with compression garments. Both male and female runners who are 20 to 45, running the full marathon,  and who have run at least one marathon in the previous 18 months will be invited to contact the researchers with a view to participating. 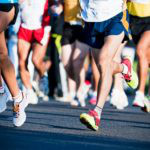 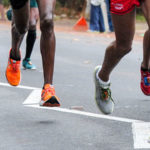 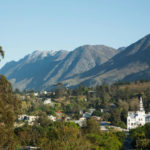 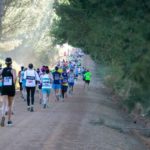 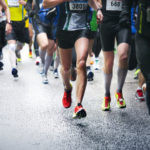